A brief history of the clothes iron before electricity 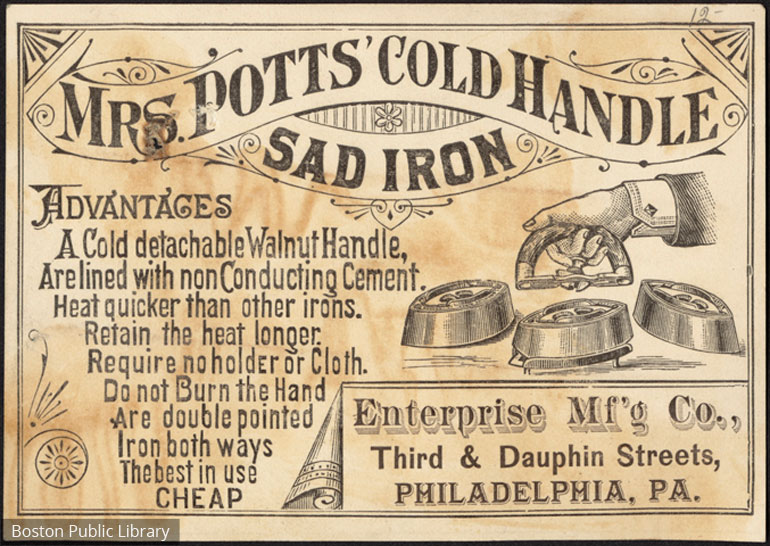 I think we'd find it hard to imagine just how hard life would have been without the electric iron, but before the 1920s, the time when electric irons were first available to the public, that was the reality. What might be surprising is despite the incredible effort, it's clear some sections of society still placed a high priority on freshly ironed clothes. This is true even as far back as the 1st century, the earliest record of this everyday household chore which we still practice today.

Rewind the clock 2100 years, the Roman Republic was on the decline and the birth of the mighty Roman Empire was in full swing, but it wasn't the ingenuity of the Romans which gave us our first humble iron. It was another superpower of the day, some 4,700 miles to the East, the imperial Chinese.

Under the rule of the Han dynasty, the nobility and gentry classes would look to the women to press their cloth smooth. Often trapped indoors under a strict division of the sexes policy, these women would sit opposite each other holding the fabric while a metal pan filled with hot coals was past several times over the surface.

Fast forward 1700 years and life wouldn't have been any easier. In England, this was the era of the Jacobeans. A time when the civil war pitted the Roundheads with the Cavaliers and middle-class women led an idle domestic lifestyle while the lower classes were forced to take poorly paid jobs, often as servants where ironing would be one of many duties.

The favoured tools of the day would have been the flat iron or the sad iron, deriving from the Old English word 'sald' meaning solid. Sadirons were solid metal irons that were placed on an open fire or a stove until hot. Accurately judging the temperature was quite possibly one of the hardest tasks, too cold and it fails to iron anything, too hot and they'd easily scorch the garment being pressed. A drop of spit on the base or placing the iron close to the cheek was the equivalent of today's temperature dial. 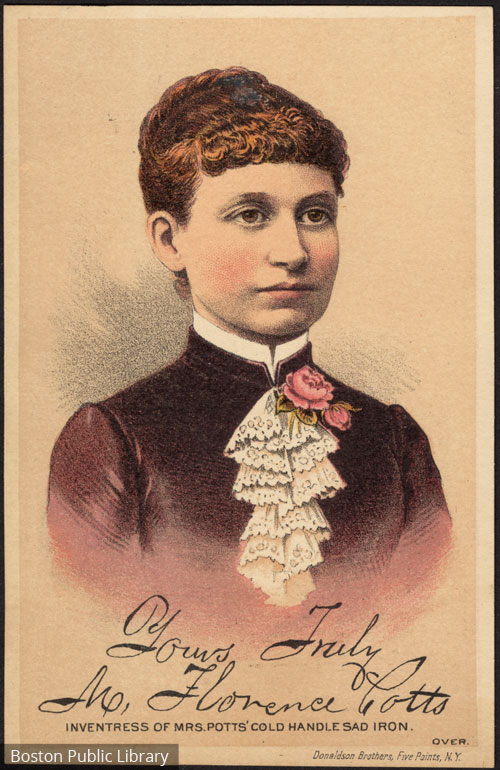 Judging the temperature wasn't the only hurdle these women would have to face, they were heavy, and the handle would get incredibly hot, even when using a thick cloth as protection, burnt fingers were a common occurrence. That is until Mary Florence Potts invented her own version of the sadiron when she was just 19 years old. Named Mrs Potts Cold Handle Sad Iron, these irons featured a removable wooden handle, lightweight construction and double pointed base. They were sold as a set of 3 sadiron bases and one handle which allowed for consistent ironing as they'd always be 2 sadirons bases on the stove heating up.

The sadiron was just one solution to the problem, but in actual fact, there were many. If we look around the globe, we can find many similar solutions to the same problem. The people were using the same principle of heat and weight, built with the materials available. In Eqypt the makwagi or ironing men would use huge metal slabs which they would push with their feet. In North Africa, terracotta iron pots filled with hot embers would be used to smooth out garments, and in Kerala India, the people would burn coconut shells inside a metal box iron. Surprisingly, due to the constant energy crises they face, this technique is still used as an alternative today.

More than 2000 years of ironing history and, except for the industrial age, not a lot really changed over that time. We had to fully understand and distribute the power of electricity before we'd see any significant changes to domestic life.

We're still open, although, for safety, we have altered some of our procedures. Visit our Announcement page for more information on our COVID procedures.